You are here: Home / Best Sellers / The Variant Saga

Over 11 million kindle pages read.
Over 100,000 copies sold.
As featured in Book Bub and Prime Reading. 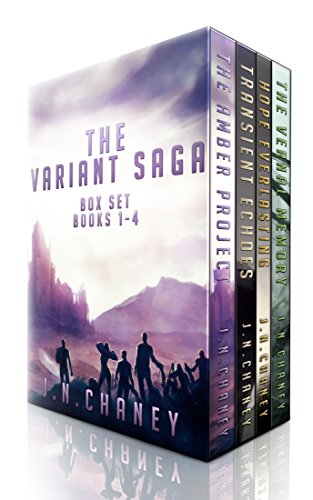 200 years after the world ends, their future begins.

In 2157, a mysterious gas known as Variant spreads across the globe, killing or mutating most organic life. The surviving humans take refuge in an underground city, determined to return home. But after generations of failures and botched attempts, hope is beginning to dwindle. That is, until a young scientist makes a unique discovery–and everything changes. Suddenly, there’s reason to hope again, and it rests within a group of genetically engineered children that are both human and Variant.

Terry is one of these children, modified and trained to endure the harsh conditions of a planet he cannot begin to understand. After years of preparation, Terry thinks he knows what to expect. But the reality is far stranger than anything he can imagine–and what he will become is far more dangerous.

Read the series one Amazon reviewer Donald G. Simpson says: “This is one of the best put together science fiction books I have read in years. The character development is strong from start to finish. There are no loose ends or rabbit trails … everything ties together. The only regret I had in reading this book was when I looked and saw there were only eight pages left…I can’t wait to see if there is a follow up to this great start. You will not believe it is this author’s first book!”

The Variant Saga boxset includes all four books in the series.

1300+ pages. 1,000+ five-star reviews. Find out why people are so intrigued by this thrilling dystopian, science fiction epic. You won’t believe the twists and turns this saga takes!