You are here: Home / Best Sellers / The Naturalist

“With a strong sense of place and palpable suspense that builds to a violent confrontation and resolution, Mayne’s (Angel Killer) series debut will satisfy devotees of outdoors mysteries and intriguing characters.” —Library Journal 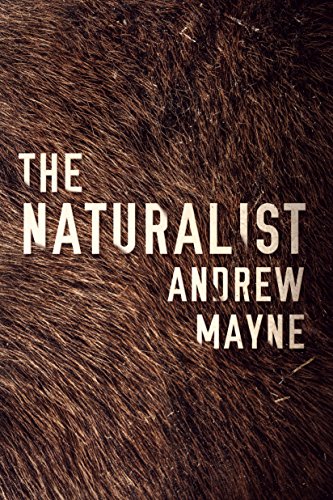 Professor Theo Cray is trained to see patterns where others see chaos. So when mutilated bodies found deep in the Montana woods leave the cops searching blindly for clues, Theo sees something they missed. Something unnatural. Something only he can stop.

As a computational biologist, Theo is more familiar with digital code and microbes than the dark arts of forensic sleuthing. But a field trip to Montana suddenly lands him in the middle of an investigation into the bloody killing of one of his former students. As more details, and bodies, come to light, the local cops determine that the killer is either a grizzly gone rogue…or Theo himself. Racing to stay one step ahead of the police, Theo must use his scientific acumen to uncover the killer. Will he be able to become as cunning as the predator he hunts—before he becomes its prey?