You are here: Home / Adventure / The Hidden Ship 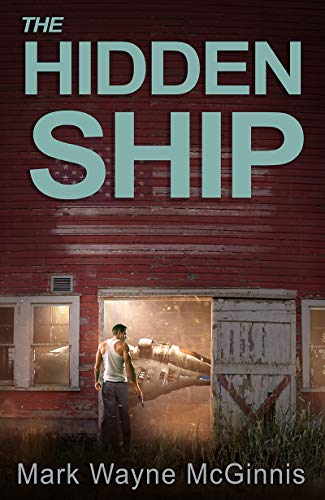 Holy Cow, what a fun read! I devoured The Hidden Ship in one night. Sleep is over-rated.  Don Prior

Brian Polk had been stateside for barely a year after leaving the Air Force when the unthinkable happened. It was an interstellar invasion—the beginning of the end of known civilization. First, military installations and the largest cities across the globe were turned to rubble. Tens of millions of souls lost during a horrific reign of terror. Government centers and law enforcement resources were next. Finally, the aliens eliminated humanity’s means to electronically communicate with each other.

The Earupitan’s technology and weaponry was so remarkable, so advanced, humanity never really had a chance. The aliens now walk brazenly among humans—their reptilian eyes always watchful, always scrutinizing. No one is safe, and almost everyone who gets taken into an OEC center never sees the light of day again. Humanity now lives in fear—freedom is a thing of the past. And then there are those who have befriended the enemy . . .

But not Captain Brian Polk. He’s far more interested in taking back a little of what was stolen. When he acquires some of the alien technology, he finally has hope of making some small difference. He might even be able to pull off the impossible—that or he’ll die trying.