You are here: Home / Featured / The Fallen Empire Omnibus 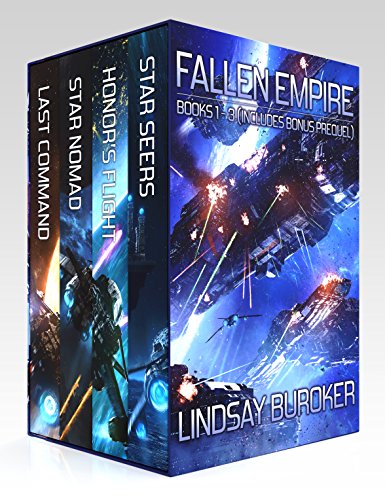 A fighter pilot on a mission to reunite with her daughter.
A cyborg soldier on a quest to regain his humanity.

Mortal enemies during the war, they must now work together to salvage a seventy-year-old freighter and navigate the gauntlet of pirates, scavengers, mercenaries, and other pitfalls that stand in their way after the fall of the largest empire mankind has ever known.

Star Nomad was a nominee for the Goodreads Readers’ Choice Awards and also made Amazon’s Top 20 list of Best Science Fiction and Fantasy of 2016. Start the adventure now!