“Wow! I love this author! This is an awesome series…amazing characters, both good and bad…the action never stops plus the scenarios are incredible! I just didn’t want it to end!”

“This series is one of my favorites! I can’t bear it to end; I need to know what happens with AI. Such a wonderful cast of characters with real life feelings and needs. This series won’t disappoint!!!” 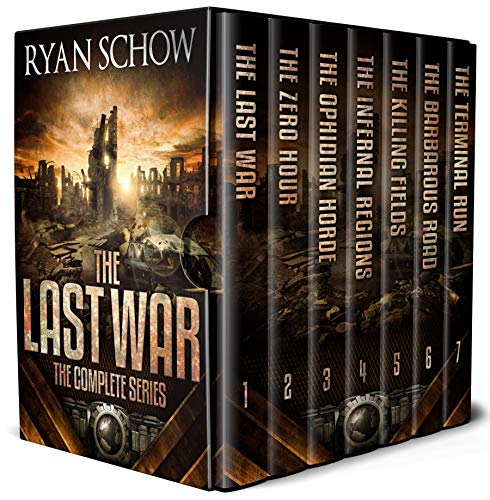 NEW RELEASE SPECIAL! Only $5.99!  Grab yours before it goes to full price!

An extinction level event is unleashed by Artificial Intelligence in a war against humanity, an epic adventure that puts ordinary survivors in the cross-hairs of the most ruthless enemies mankind has ever known…

A nurse, an archer, a few retired vets and an ex-skateboarder band together with their children in an attempt to survive the onslaught of a sudden, unexplained attack on not just their city, but on humanity itself. A society in decline, however, can sometimes fare worse than a society under assault. Caught in the killing fields and forced to fight, these remarkable people will attempt the impossible: they’ll try to escape a world now backsliding into a nightmarish landscape more reminiscent of the stone ages than the once famed coastal state of California.

This lightning-fast (zombie-free) saga follows three groups of survivors struggling against insurmountable odds, an abysmal loss of life and the dawn of a new, post-apocalyptic dark age. Find a quiet place, strap in and prepare yourself for a ride like no other…

ORDER OF BOOKS IN THIS COMPLETE BOX SET:

WHAT READERS OF THE SERIES ARE SAYING…

“This is the best so far. The focus is not just survival but the description of human behavior, thoughts and ethical conundrums. Character development is very strong and the book addresses all the male/female issues being struggled with today.”

“Wow, what a story! The author managed to weave a tale of action, depth of personality and realism around an apocalyptic event that grabs you by the throat and does not let go to the very last page!”

“An epic tale of human fortitude! When the worst happens, some give up, some prey on the weak and then some stand up and become more. The series will stay with you beyond the last page!”

Scroll up and grab this heavily discounted series at 40% off while you still can!