Only 99cents on Kindle for a Limited Time Only.

How can magic be the cause of a war.  How can it END the war? 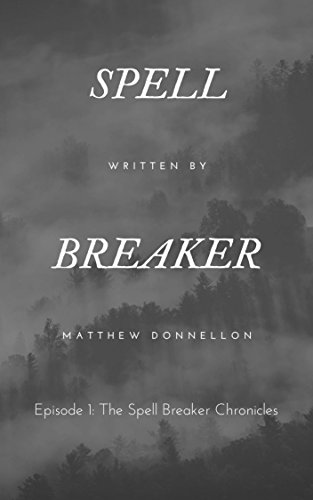 For a long time, magic was a secret, a second society running parallel to our own. A few years ago everything changed. The widespread use of magic interfered with modern technology and the world of magical creatures took over. Owen and his friend Del are members of a small group of human resistance fighters trying to survive the wars from various magical races and search for the spell breaker stone, a mythical artifact that is said to be able to disrupt magic and help turn the tide of the war.

Matthew Donnellon was born in Michigan. He spent his whole life drawing and writing. A life long story teller, he graduated from Oakland University with a degree in English. His professional writing career began shortly after. After working as a ghostwriter for several years, he began releasing his own work. He can be found in the woods of northern Michigan accompanied by his dog.