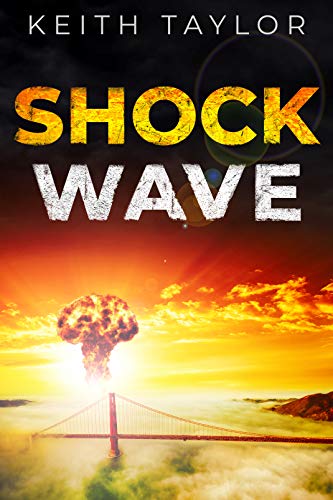 HOW FAR WOULD YOU GO TO SAVE THE LIFE OF YOUR DAUGHTER?

Still hundreds of miles from his little girl with no car, no food, and only the company of an excitable labrador, Boomer, Jack Archer has a long journey ahead of him, and not an inch of it will be easy. Between deadly nuclear fallout, destroyed cities and new allies he’s not sure he can entirely trust, there are a thousand ways tomorrow could kill him.

Hundreds of miles to the south Jack’s ex-wife Karen is running out of time, trapped in the ruins of San Francisco, poisoned by radioactive fallout. But as she leaves the city behind she’s about to learn that she, Emily and Doctor Ramos are in much greater danger than they ever imagined.

They’re about to learn who dropped the bombs.

“… a truly compulsive page turner, the kind of book that forces you at gunpoint to the next chapter all the way to the end.”