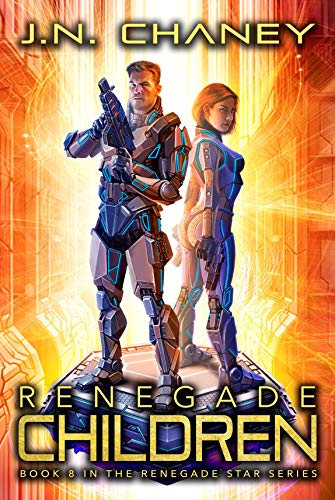 Shortly after Captain Jace Hughes and his team recover hundreds of surviving Eternal refugees, disaster strikes. A recently unearthed fauna dome, one of many biological arks on Earth, is destroyed and several people are killed.

All proof points to the Eternals.

Meanwhile, shortly after the slip tunnel at the center of the planet is shut down for good, a strange distress signal is detected. It appears to be coming from somewhere on the planet, but the exact coordinates are unknown.

Two investigations are launched. One for the saboteur; the other for the source of the signal. With rising tensions between the colonists and the Eternals, Jace must do everything he can to prevent a bloody confrontation.

Experience a sprawling galactic tale in this eighth entry to The Renegade Star series. If you’re a fan of Firefly, Battlestar Galactica, or Indiana Jones, you’ll love this epic, space opera adventure.