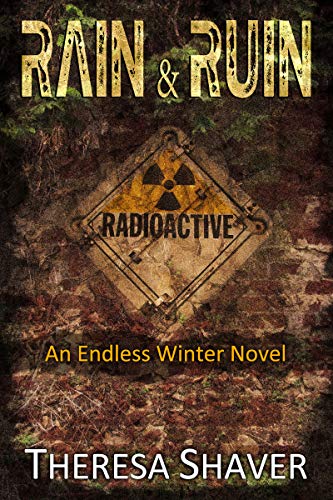 A hailstorm of bombs has blasted the world into a nuclear winter. The survivors have now spent seven long years in the snow and ash scratching out a lonely, hard existence.
Although comfortable in her safe and supplied bunker, Skylar Ross longed for more of a life than what she has. She thought she found it when she rescued Rex but the evil that followed him inside her home threatened the one person she holds most dear. Can she put aside her mistrust of others and give him and his people a second chance?

Rex Larson fell hard for Skylar and was excited about his group joining her in the safety of her bunker until he was betrayed by one of his own. Exiled back out into the cold, he prays that Skylar will change her mind.

Forced to flee the town when a deadly gang moves in, the survivors huddle in the cold hoping the gang won’t find them and for Skylar to change her mind. When the weather turns for the first time in seven years, they don’t know if it means the earth is starting to heal or if it’s just more ruin.
Find out in Book 2 RAIN & RUIN