You are here: Home / Fantasy / Queen’s Ransom: The Golden Bulls of Minos 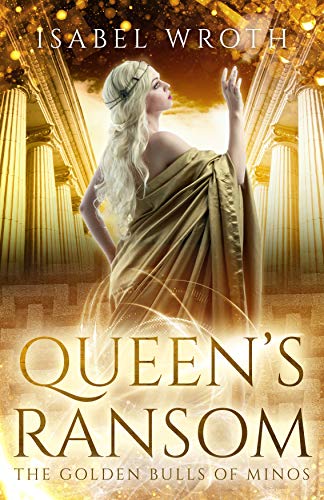 Jalia hasn’t ever played a game she can’t win.

The Promise of a Queen’s Ransom is too much for life-long gambler Jalia to pass up. The untouched planet of Minos is rumored to be so wealthy, one can walk along the beach and pluck diamonds from the sea. According to the contract, all she has to do to win is solve a few puzzles and navigate a labyrinth or two.
Simple!

But she didn’t read the fine print…

She isn’t competing to win treasure, she’s competing to become Queen of Minos. Marriage to the king: Mandatory.
A king who sends men to their deaths by the dozen kills anyone who dares speak against him, and his people live in fear of his wrath.
Bound by the contract, Jalia has no choice but to try or die while the challenges grow ever more deadly. Even if she wins, marrying the Monstrous king of Minos may be a fate worse than death.