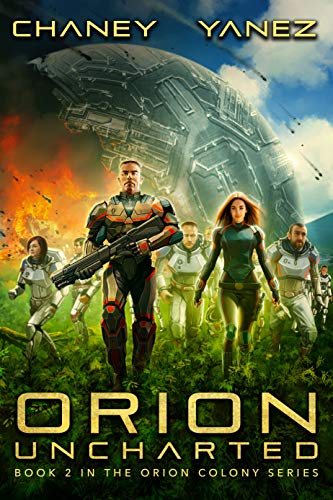 The Orion has fallen.

After barely escaping with their lives, the crew of the Orion has scattered across an unknown world. With a diminishing hope of returning home, they have no choice but to band together.

But between the local wildlife, lack of supplies, a missing crew, and a strange, ominous door that can’t be opened, Dean and his new friends will need everything at their disposal to survive.

This isn’t the home they expected, but they didn’t come this far to give up and die.

Explore a strange new world and fight for the future in this second entry to The Orion Colony series. If you’re a fan of Firefly, Battlestar Galactica, or Indiana Jones, you’ll love this epic, space opera adventure.

You can also join the Facebook group, “JN Chaney’s Renegade Readers” for the latest news and discussions.