“Scared the hell out of me. The science behind the threat is real, and Mather makes sure we feel it.” – Jason Weisberger, official review, Boing Boing 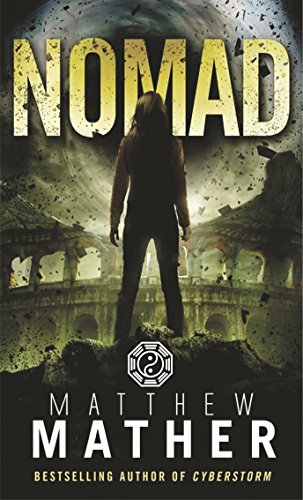 Something massive is coming…
And it’s heading for Earth.

That’s what astronomer Ben Rollins is told by NASA after being dragged out of bed in the middle of the night. His first instinct is to call his daughter, Jessica, who’s vacationing in Italy with his wife. “Something is coming,” he tells them, “a hundred times bigger than the sun. We can’t see it, don’t know what it is yet, but they’re calling it Nomad–and in just months, the Earth may be destroyed.”

But what is it? And how did they miss detecting it until now? In a frantic race against time, Dr. Rollins must unravel Nomad’s secrets. A mysterious clue surfaces in his old Cold War-era research papers, from more than thirty years earlier…

The world erupts into chaos as the end approaches–and Ben discovers his wife and daughter are trapped in Europe. The key to humanity’s survival rests in the final answers he pieces together, in the midst of his desperate scramble across continents to find his family before Nomad swallows the planet.

FROM THE BACK COVER

Nomad is a story of family and redemption set amid a brand new category of cataclysm–all the more plausible as the science behind it is vetted by a team of world-class astrophysicists from CERN, SETI, the Keck Observatory and more. This award-winning epic comes from Amazon bestseller Matthew Mather, whose books have been translated into sixteen languages, with 20th Century Fox developing one of his latest novels, CyberStorm, for film.