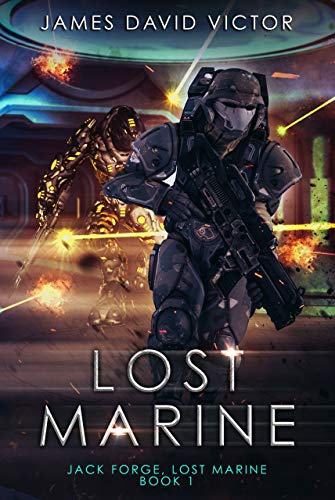 Out of the galactic frying pan and into the fire

The first story in a new military science fiction adventure from an Amazon All Star author.

Jack Forge was transformed from an unwilling Marine recruit to savior of the human race. The only problem: he’s now lost in space looking for the remnants of humanity. Just when he thinks he’s found help, TWO new hostile alien races enter the picture. Can Jack find the rest of humanity or will he forever be lost in space, fighting to survive?

Lost Marine is the first book in the Jack Forge, Lost Marine series. If you like fast-paced military science fiction, you will love watching Jack fight for the freedom of all.

Download Lost Marine and get started on your next space adventure today!