You are here: Home / Adventure / Leap

ONE OF MANKIND’S GREATEST LEGENDS HAS BEEN DISCOVERED.
SOMETHING EVERY CIVILIZATION HAS SEARCHED FOR…
BUT NOT WHAT ANYONE WAS EXPECTING. 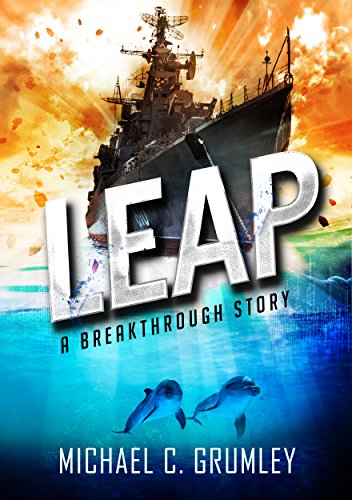 It was just one year ago that she and her team of marine biologists had stunned the world with their incredible breakthrough.
And now…they were about to do it again.

But an ocean away, something strange was unfolding. Along a lonely coast in South America, an experimental Russian submarine — long thought to have been dismantled — has suddenly resurfaced. And the U.S. Navy has taken notice, sending officers John Clay and Steve Caesare to investigate.

The sub has been studying a group of unmarked soldiers.  Disappearing into the jungle each night beneath the cover of darkness.
Something has been discovered. Something big.

Unfortunately, the soldiers are about to learn that making the find of the century is one thing.
Keeping it…is another.