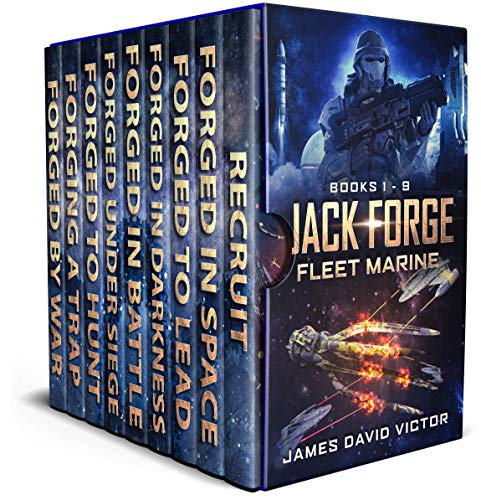 One man must save humanity, whether he wants to or not.

Jack Forge started as an unwilling recruit, but quickly established himself as a top-notch Marine and an inspired leader. When faced with impossible odds, he repeatedly saved the day…and his fellow marines. As his status grows, he must fight to keep a secret that could cost himself and his friends everything. And save the human race. Can Jack find his place in the universe and save humanity from the hostile aliens who inhabit it?

Download the Jack Forge Fleet Marine Boxed Set and get started on your next space adventure today!