You are here: Home / Featured2 / Instauration 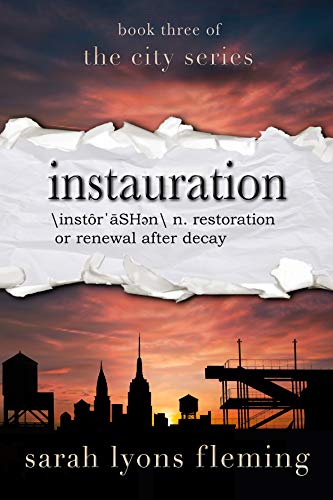 The final book in The City Series is here!

Sylvie, Eric, and the other survivors have crossed the water to the security of a new Safe Zone, where they hope to heal their battered hearts, amass an armory, and get back at the ones who took it all away. But with zombies on the move and few resources to speak of, it’s harder than expected to plot their revenge. For some, it’s harder still to garner their resolve, since vengeance means more of them will die.

But safety is ephemeral in a city where food is short and tensions are high. It seems fate may leave them no choice but to fight—and perhaps die—to restore their city to a place they can call home.