Can I just say how wonderful and refreshing it is to read, not only a unique book with fantastic, diverse characters, but one with a strong female lead!!!
– Author S.L. Morgan ★★★★★

The premise is really cool.  David had a unique idea that he was able to spin into a very enjoyable story with a few twists and turns you may not expect.
– Author Jenetta Penner – jenettapenner.com ★★★★★ 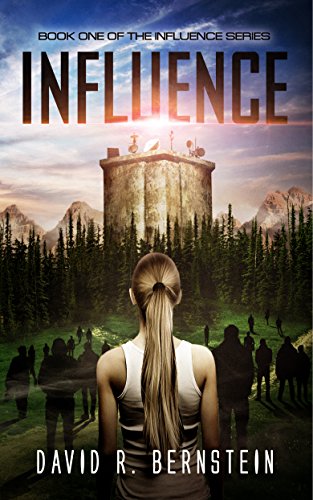 Influence: Book One in the Influence Series

If you could manipulate the reality of others, would you?

Kaylin has been on the run for nearly half of her life, hiding her untapped abilities from the relentless forces that hunt her. When rescuing a mysterious stranger risks exposing the depths of Kaylin’s power, she quickly learns that this harsh, new world will no longer allow her to remain hidden.

Surviving has never been easy, but resisting is deadly.

In a future where greed and corruption have torn society apart, ruthless sector groups manipulate and oppress the masses by abusing gifted youths, known as Influencers. With the ability to shift the mindset of others and bend the populace to the will of their masters, these teens are high-value targets to be acquired and controlled at any cost. Now, war is being waged by the sector groups to expand their reach and consolidate power. Though only wanting to create a new life for herself, Kaylin may be the only one who can stop them from enslaving the rest of humanity.

But will fighting back cost Kaylin everything?

Influence is the first novel in the Influence series, a sci-fi, dystopian epic brimming with fast-paced action, suspenseful intrigue and a touch of romance, all propelled by an inventive and unique story concept. If you are a The Maze Runner or Hunger Games fan, then an exciting new journey awaits you!

Influence is an exciting young adult, science fiction, dystopian novel from David R. Bernstein. The story has post-apocalyptic elements, as well as youth who can alter the collective consciousness of groups. It is a very fast-paced and exciting read with some light romance.
This book was a passion of mine for the past few years. After lot of research and polishing, it is ready for everyone to enjoy.