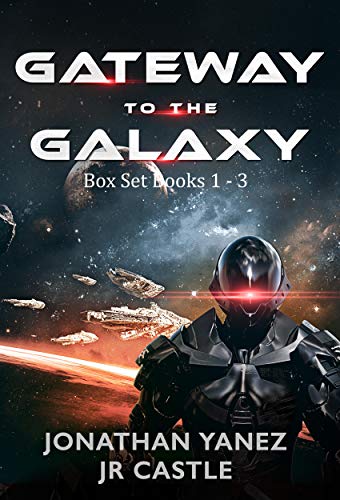 While the universe was still young, vambraces were forged giving their users extraordinary abilities. A brutal war was won through the blood and sacrifice of patriots. Soon the vambraces faded to legend.

Now, Frank and Marine Space Corps-1 find themselves across the galaxy where an ancient evil is growing. From exploratory crew to the front lines, Frank will have to decide whether to play the part of a hero or to be the Marine needed to win the war.


Because the victor takes the universe.

The vambraces will be found. A new order of Knights will be chosen. And once again Light will do battle with Darkness.

Start reading today and find out why readers are calling the Gateway to the Galaxy series “extremely fun” and their “new obsession” with characters that “actually come to life on the pages.”

This box set includes; Into the Breach, Always Forward and Chaos Seiged.