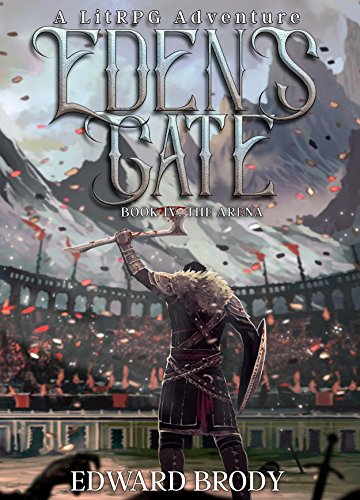 Edgewood is under attack, and the threat of war lingers across the Serpent Sea.

In order to protect their village, the members of Unity will need to work together to level-up and find better gear. They’ll need to lay the foundation of a castle that can serve as a fortification from intruders.

But what if there’s a better way?

When Gunnar learns that the King of Highcastle will grant an audience to anyone who wins an Arena championship, he decides to enter the competition as a gladiator. If he can earn a meeting with the ailing King and persuade him to stop Dryden Bloodletter, he can save Edgewood and potentially countless lives. He’ll also get his name posted in every Arena which could lead Rachel one step closer to finding him.

The Arena is a spectacle where people gather to watch fighters put their skills to the test, earn fame, and take home gold. Does Gunnar have what it takes to become a champion or has he bitten off more than he can chew?