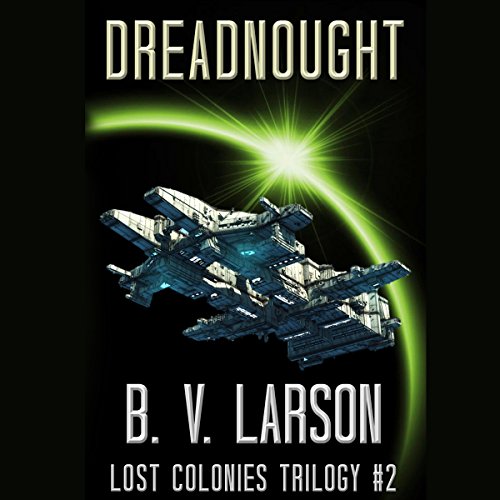 His crew of veteran spacers begins the mission with high hopes and the best of intentions, but the universe has other plans.

Instead of space merchants and potential allies, they discover Earth’s impending doom. Sparhawk must decide whether to hunt down enemy scouts to keep Earth’s new starship a secret or to head home to warn Star Guard of the danger. Either way, he’s ignited an interstellar war.

Dreadnought, the second book of the Lost Colonies Trilogy, is a novel of military science fiction by best-selling author B. V. Larson.