You are here: Home / Archives for Science Fiction 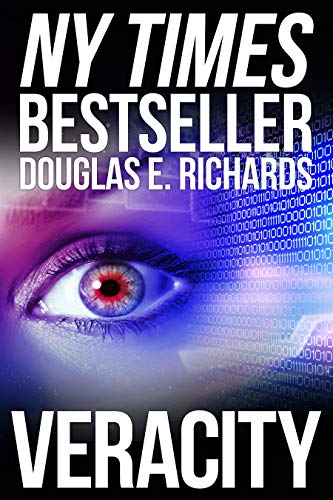 A breathtaking near-future thriller. From the NY Times bestselling author whose books have sold more than a million copies.

What if you developed a technology that made it impossible for anyone to lie? About anything. Would this save humanity from itself? Or would it tear society apart? And just how far would power players around the globe go to stop it?

Elias Gibson has invented a technology that will profoundly change the essence of human behavior. But will this lead to a glorious future, or to the collapse of civilization? Before Elias can answer this question, he finds himself battling for his very survival, and racing to uncover the identities and motives of the treacherous forces arrayed against him. As he fights to stay alive, he will be stunned by one extraordinary revelation after another.

But the biggest surprise is yet to come . . .

Veracity is a roller-coaster ride of a thriller. One that offers meticulously researched insights into both human nature and the future of the human race. To Sleep in a Sea of Stars

To Sleep in a Sea of Stars is a brand new epic novel from #1 New York Times bestselling author of Eragon, Christopher Paolini.

During a routine survey mission on an uncolonized planet, Kira finds an alien relic. At first she’s delighted, but elation turns to terror when the ancient dust around her begins to move.

As war erupts among the stars, Kira is launched into a galaxy-spanning odyssey of discovery and transformation. First contact isn’t at all what she imagined, and events push her to the very limits of what it means to be human.

While Kira faces her own horrors, Earth and its colonies stand upon the brink of annihilation. Now, Kira might be humanity’s greatest and final hope . . .