You are here: Home / Archives for Dystopian

I feel some aspects of this story could be in play right now! Could it be a cause for some of the hate and violence that we are experiencing today? Huh, something to think about. Well written and very believable. I believe anyone would enjoy this thrilling story! – Amazon Review An apocalyptic supernova flashes over the South Pole. A mysterious mission sent deep into the Amazon.
The story of one family’s struggle to reunite…

Max Carver, a down-on-his-luck truck driver and Army vet, joins a rescue mission into Brazil. The target is a utopian tech village, the Colony, hidden in the rainforest and run by a charismatic genius. Max’s pregnant wife, Talisha Carver, is the NSA analyst who intercepted encrypted Colony messages signaling a mysterious impending event.

Dr. Xin Rou is a Chinese researcher working at the IceCube neutrino experiment at the South Pole. On lucky days a single flash might signal the passage of a ghostly interstellar particle. Suddenly, IceCube’s entire array lights up. A million detectors at once. Which is impossible. The Antarctic sky is clear and calm—but she is already running for the door.

Because the world is about to end.
But the mystery only just begins…

Amazon Charts Bestseller Matthew Mather’s books have sold millions of copies, accumulated over 100,000 ratings on Goodreads, Audible and Amazon, been translated and published in over 24 countries across the globe, and optioned for multiple movie and television contracts. He began his career as a researcher at the McGill Center for Intelligent Machines before starting and working in high-tech ventures ranging from nanotechnology to cyber security. He now works as a full-time author of speculative and science fiction thrillers.

Extinction End is the epic conclusion to the main storyline of the bestselling, award-winning & top-rated Extinction Cycle series by Nicholas Sansbury Smith. Start with Book 1 for a special price here. amzn.to/1V1RCuM The fifth book in USA Today bestselling author Nicholas Sansbury Smith’s propulsive post-apocalyptic series about one man’s mission to save the world.

Almost seven weeks have passed since the Hemorrhage Virus ravaged the world. The remnants of the United States military have regrouped and relocated Central Command to the George Washington Carrier Strike Group. It’s here, in the North Atlantic, that President Jan Ringgold and Vice President George Johnson prepare to deploy a new bioweapon and embark on the final mission to take back the country from the Variants.

With his home gone and his friends kidnapped, Master Sergeant Reed Beckham and his remaining men must take drastic measures to save what’s left of the human race.
The end is here. . .

Nicholas Sansbury Smith is the USA Today bestselling author of Hell Divers, the Orbs trilogy, and the Extinction Cycle series. He worked for Iowa Homeland Security and Emergency Management in disaster mitigation before switching careers to focus on his one true passion: writing. When he isn’t writing or daydreaming about the apocalypse, he enjoys running, biking, spending time with his family, and traveling the world. He is an Ironman triathlete and lives in Iowa with his fiancée, their dogs, and a house full of books.

The Galactics arrived with their Battle Fleet in 2052. Rather than being exterminated under a barrage of hell-burners, Earth joined a vast Empire that spanned the Milky Way. 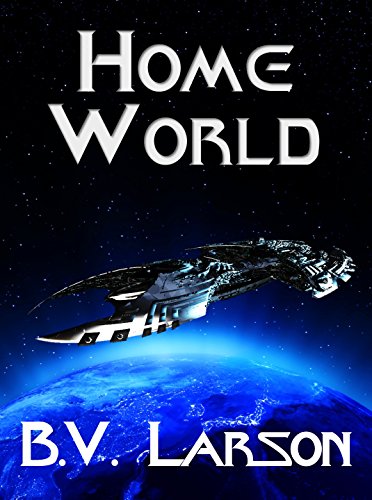 END_OF_DOCUMENT_TOKEN_TO_BE_REPLACED

“Civilization slides into the abyss of a new dark age in this horrifying apocalyptic novel.  Forstchen has put Bin Laden’s wet dream on paper and, in the process, taken civilization straight to the rack.”–Stephen Coonts, author of The Assassin One Second After
(A John Matherson Novel Book 1)

A post-apocalyptic thriller of the after effects in the United States after a terrifying terrorist attack using electromagnetic pulse weapons.

New York Times best selling author William R. Forstchen now brings us a story which can be all too terrifyingly real…a story in which one man struggles to save his family and his small North Carolina town after America loses a war, in one second, a war that will send America back to the Dark Ages…A war based upon a weapon, an Electro Magnetic Pulse (EMP). A weapon that may already be in the hands of our enemies.

Months before publication, One Second After has already been cited on the floor of Congress as a book all Americans should read, a book already being discussed in the corridors of the Pentagon as a truly realistic look at a weapon and its awesome power to destroy the entire United States, literally within one second. It is a weapon that the Wall Street Journal warns could shatter America. In the tradition of On the Beach, Fail Safe and Testament, this book, set in a typical American town, is a dire warning of what might be our future…and our end.

Other Books
Pillar to the Sky
48 Hours

William R. Forstchen has a Ph.D. from Purdue University with specializations in Military History and the History of Technology. He is a Faculty Fellow and Professor of History at Montreat College. He is the author of fifty books including the New York Times bestselling series One Second After, the Lost Regiment series, and the award-winning young adult novel, We Look Like Men of War. He has also authored numerous short stories and articles about military history and military technology.

Dr. Forstchen’s interests include the Civil War, archaeological research on sites in Mongolia, and the potential of space exploration. As a pilot he owns and flies an original World War II “recon bird.” Dr. Forstchen resides near Asheville, North Carolina with his dog Maggie.

His survival rules kept them alive when the power went out. 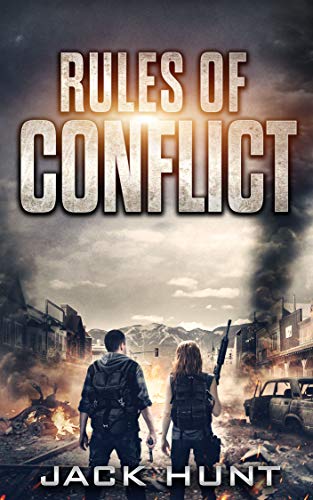