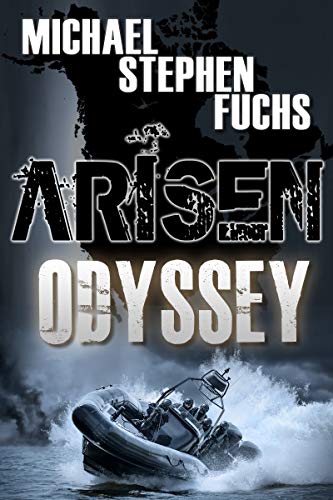 Readers call the ARISEN series: “Simply magnificent” … “a work of relentless perfection” … “a once in a lifetime experience. Nothing else matches it” … “Pure genius – the most awesome series in any genre” … “Life consuming” … “Absolutely stunning” … “a tour de force ” … “enthralling” … “setting the bar at level that others can only dream of” … “dials the volume to the point of annihilating the sound system” … “hands down the best special forces characters ever imagined” … “Glorious, Raw, Breathtaking, Poetic” … “the greatest series of books ever written” … “I highly doubt any other author will come close to establishing such an engrossing universe” … “The most complex, character-driven series I’ve ever read regardless of genre” … “Implanted in my brain forever” … “quite simply, the most exciting and intense series of books I have ever read. Nothing comes close” … “A superb ending to an absolutely mesmerizing and phenomenal series. This was an experience I’ll never forget.”

One Tier-1 Naval Special Warfare Operator, trained at the highest levels of any military, with 20+ years of operational experience. One ex-cop civilian survivalist, who lived through two years of post-Apocalyptic Hell, unlike 7 billion of her fellow humans. And an entire continent heaving with 400 million dead guys.

To save the lives of his children, and rejoin Alpha team and the fight to save humanity, Homer will have to journey across a thousand miles of undead North America with Sarah Cameron, battling heavily armed bands of marauders who shoot first and ask questions never, and ultimately face down the remains of the world’s last surviving SEAL team – now led by a malevolent and piratical monster.

Welcome to the Zulu Alpha