You are here: Home / Fantasy / Advent 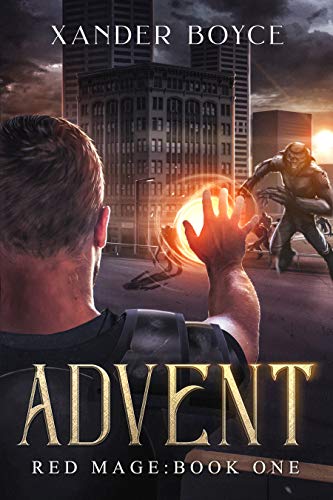 Drew Michalik was working in a top-secret facility in Washington, D.C. when the Advent began. As all electronics in the world simply ceased to work, blue screens filled with information appeared before him.

Drew was given access to a mana interface and a limited number of reality-altering crystals called Xatherite. Following the instructions on his vision-impairing screens, he ‘slotted’ his Xatherite and changed his fate: he gained the ability to cast spells. Now alone in the dark, he must battle through the government bunker-turned-dungeon in a desperate bid for survival.

Escape is only the beginning, the first of his many problems in the changed world. Drew will be tasked to not only survive… but to guide the rest of humanity safely through the anarchy.